ON SATURDAY, THE 12th OF OCTOBER 2019, THE OPENING OF SIMONCELLI’S STREET

On Saturday, the 12th of October at 12 a.m. it will take place the opening ceremony of SIMONCELLI’s Street, the new 1,2km artery street next to Misano World Circuit that will connect via del Carro (SP50) to via Tavoleto (SP35) and it will permit to create an important connection between the circuit and the highway.

The project was divided in three parts: the first one and part of the second one had been realized by Santamonica Spa thanks to the convention between the Circuit and the municipality of Misano. An other part has been realized by privates in the artisanal compartment.

To complete the job, there will be a roundabout  to stick via Simoncelli to via Larga, where today you can find a provisional roundabout to permit the opening of the new artery road to traffic.

The street is composed by two lanes for cars and a separated one for bicycles and pedestrians. Public illumination will be also provided. In the project are considered also the demolition ad remake of the circuit’s wall to create free space for the new bicycle lane. 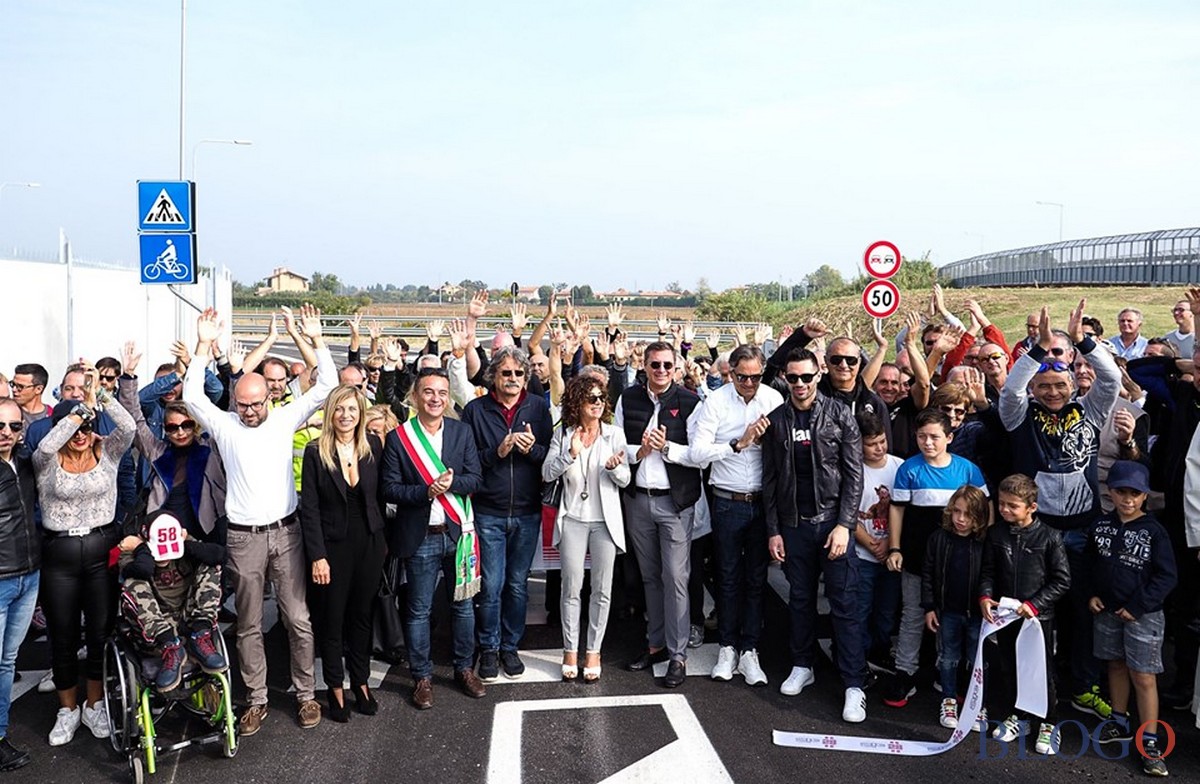 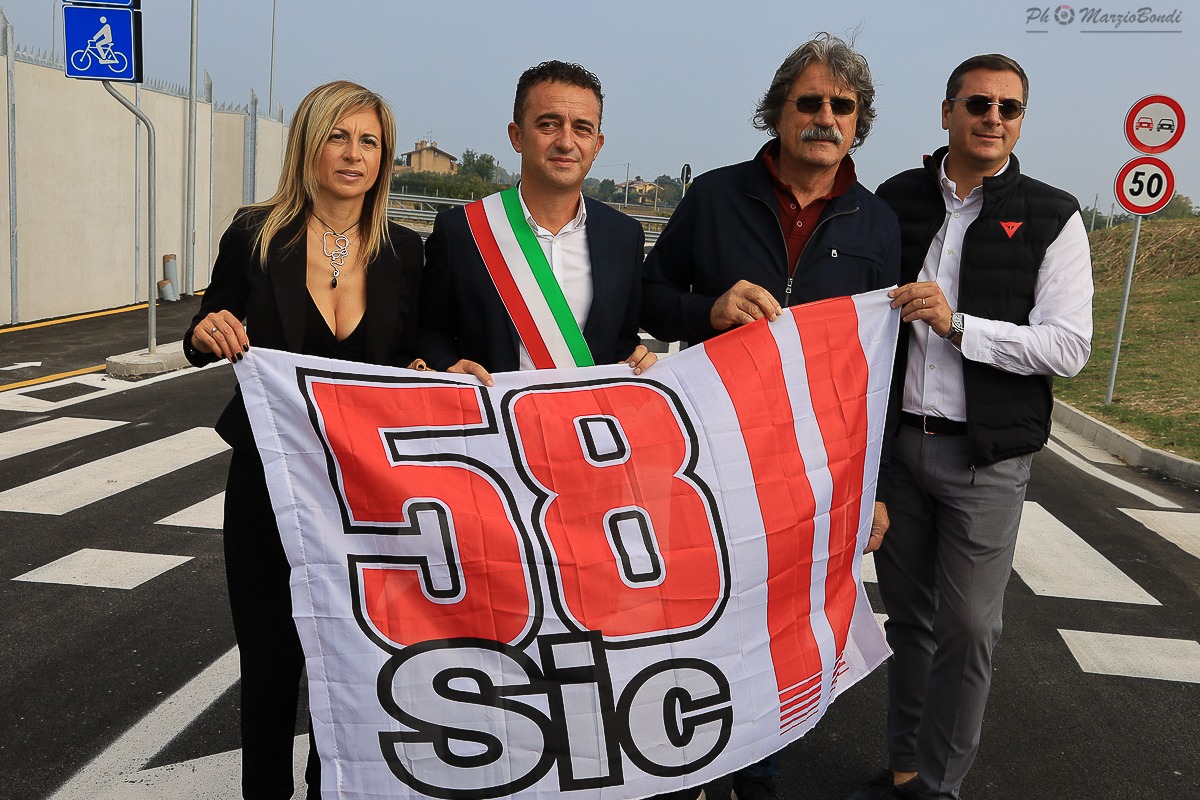 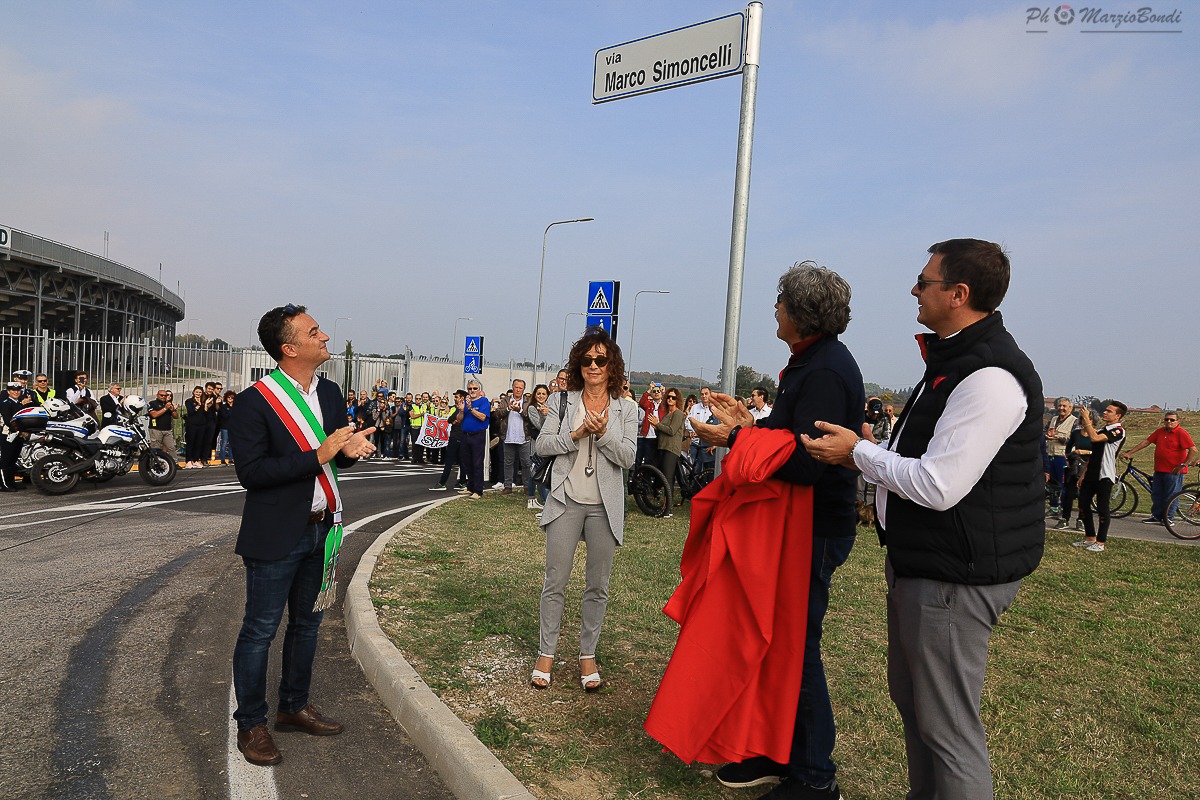 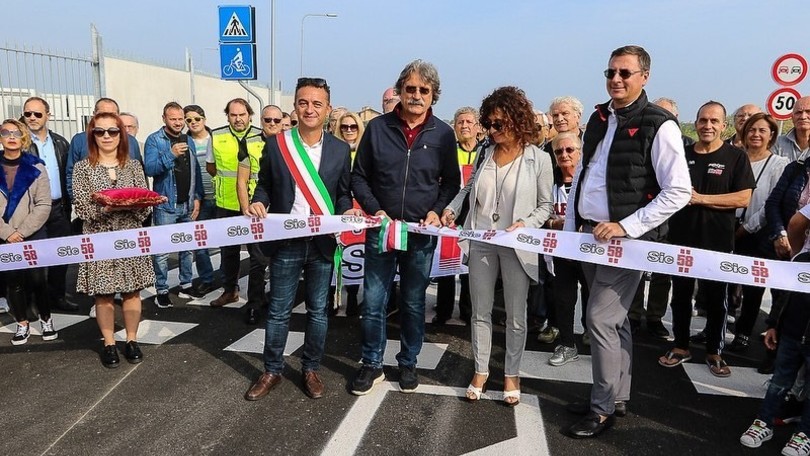 As from saturday 19th June, the playground at Via Terramare in Zola Predosa will be called "The Marco Simoncelli playground".

We thanks the Major of Zola, Mr Fiorini and Mr Ernesto Russo who made of promoter of the initiative possible and has organised the inauguration. From now on, in Zola, this playground will be attended by children, parents and grandparents, who will always remember the name of Sic. 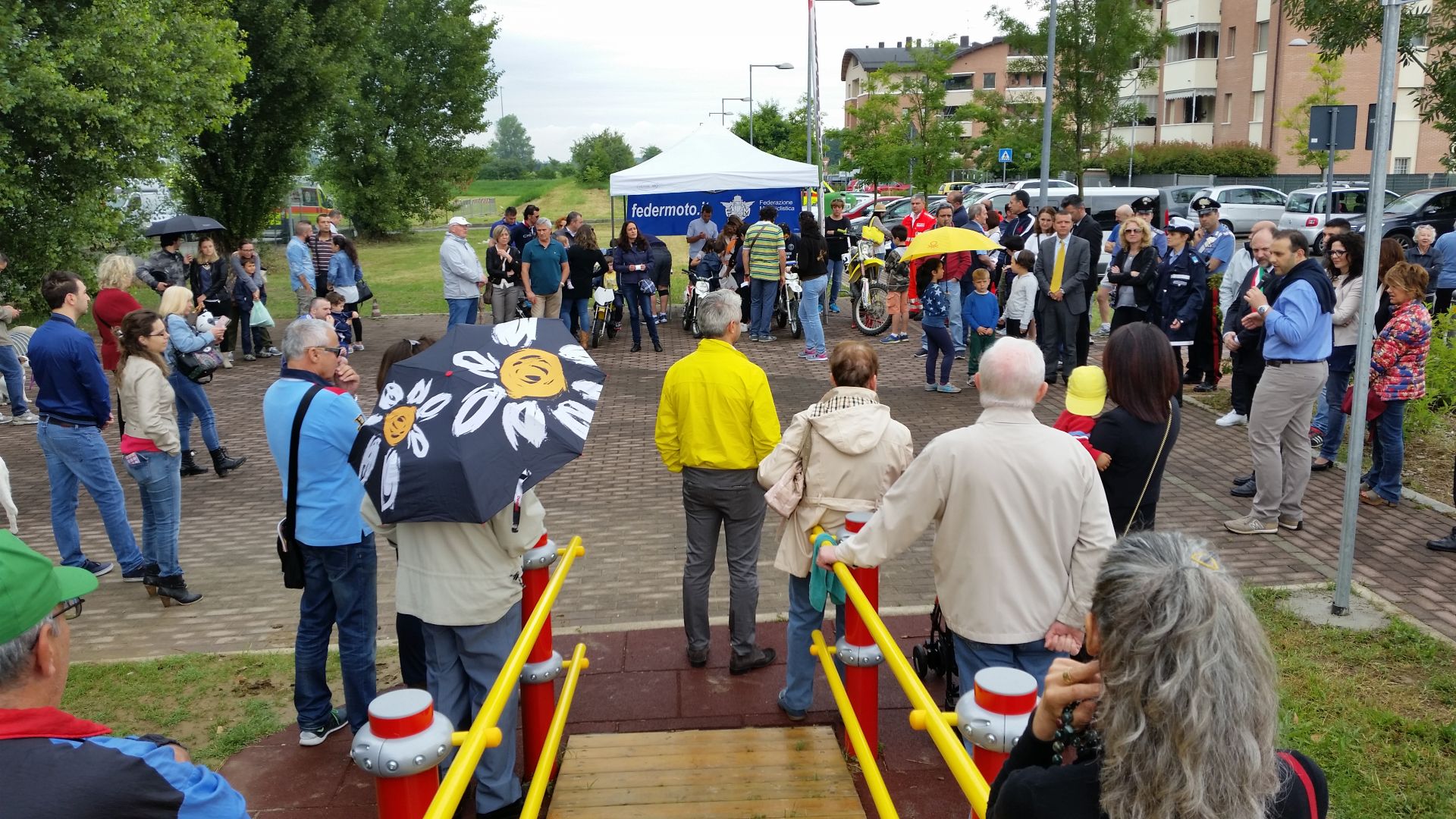 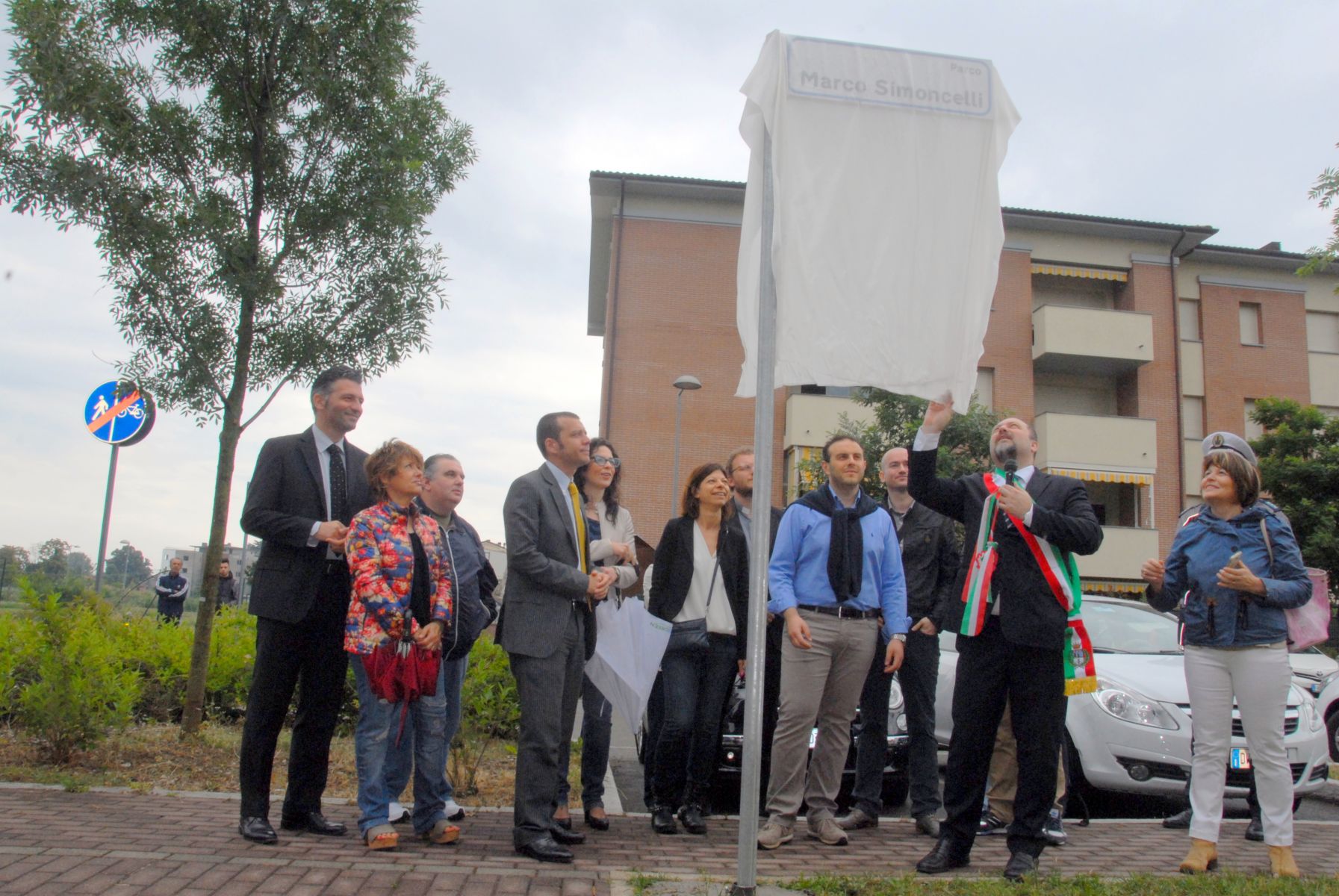 Since 09/06/2012 the famous Misano circuit that holds all the important races such as the motogp world championship was named forever after Marco Simoncelli. The traditional brand of MWC , with the name Marco Simoncelli , that with the double “L”, calls the red markings on the back of the Simoncelli helmet, symbols of hope that looks at the future” has said the representative of the Santamonica Spa, Umberto Trevi, show a proud and moment , not only for Santamonica but also for every person passionate about motorcycles and for the sport. Now his name is protected by the foundation born in his memory and we will arrange events in order to remember and to let new generations know who Marco was, his hopes and what he represents for the young people. Marco's father Paolo and mum Rossella are moved by this want to say thank you for the testimonies of affection of the world. "This initiative to inaugurate the track of Misano to Marco is a very beautiful thing. Thank thank you to Santamonica because they have conducted the races in Marco's name and in this way , the world will always remember him." 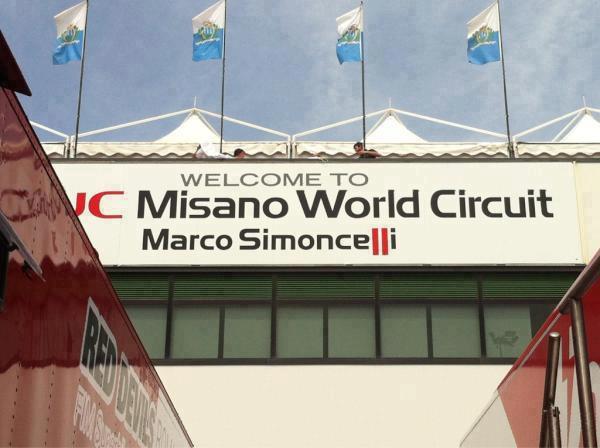 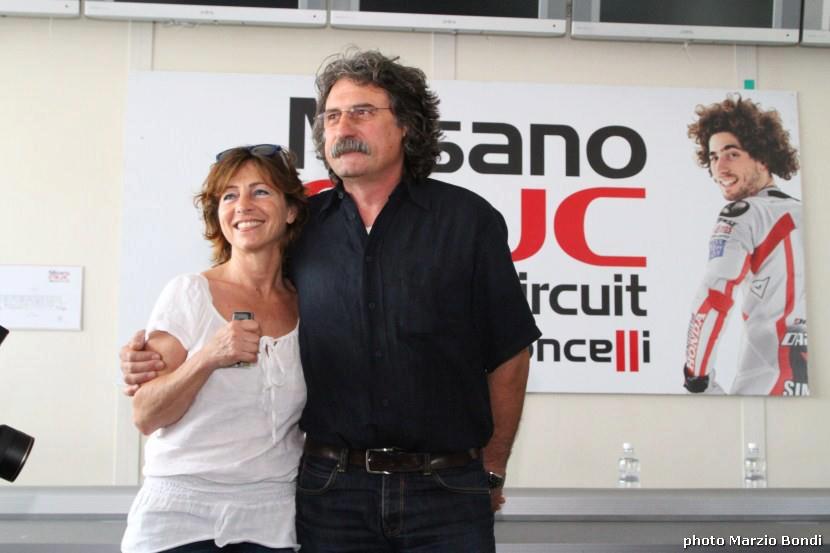 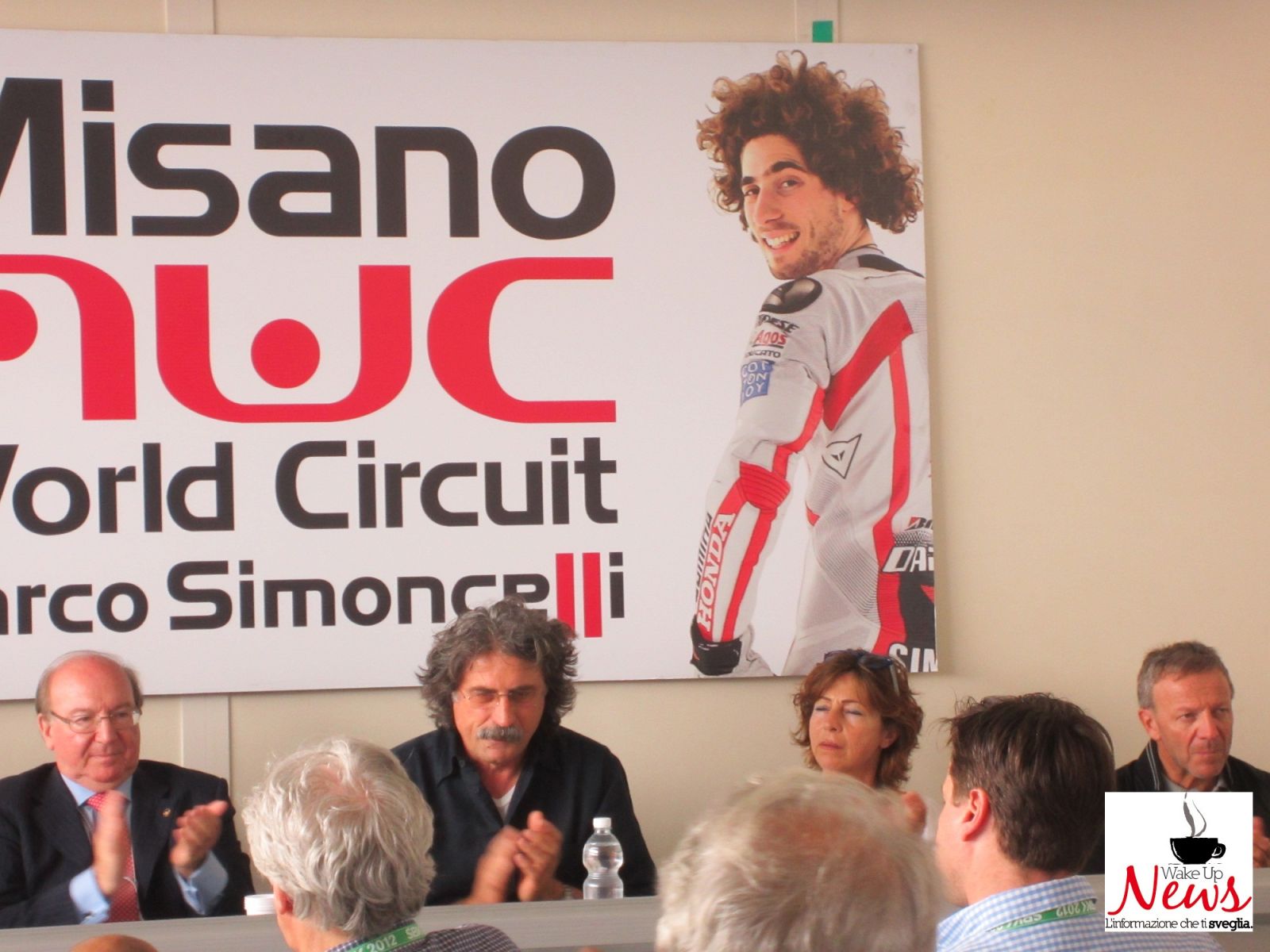 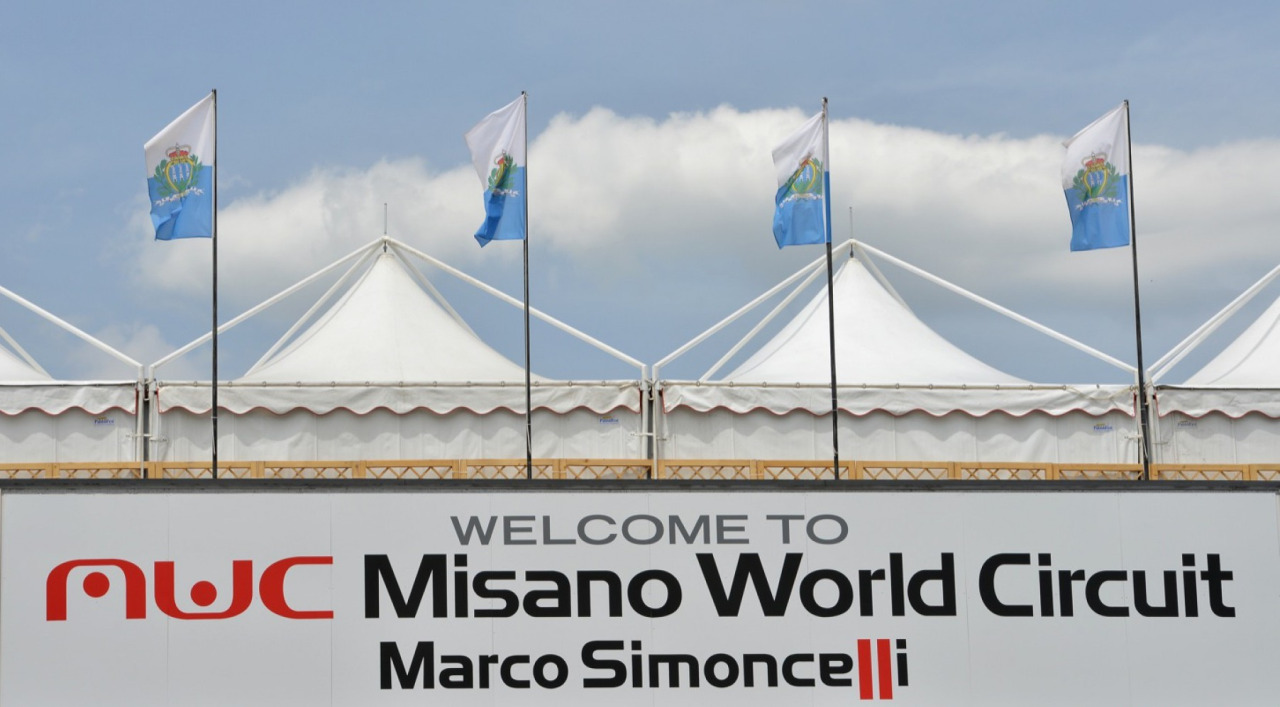 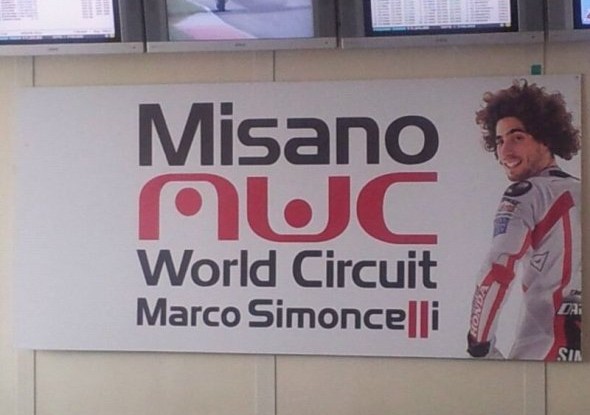 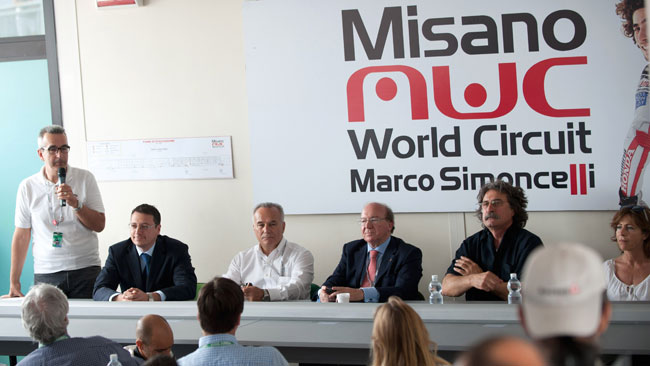 The name of the circuit was the beginning of a way undertook with pride from all the management, from all the staff and from all the partners who daily live in this facility!

At this initial stage, the area could not miss, an area innately connected by motorsport and by the achievements of its hero, the “Sic”. And this is exactly from the wave of this passion that the municipality of Misano erected a celebratory monument standing near the entrance of the circuit, this circuit which saw Marco a lot of times as protagonist. 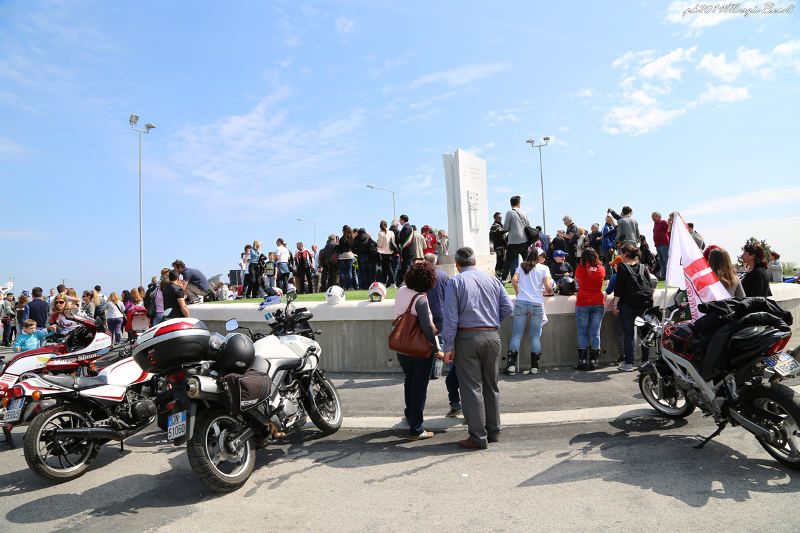 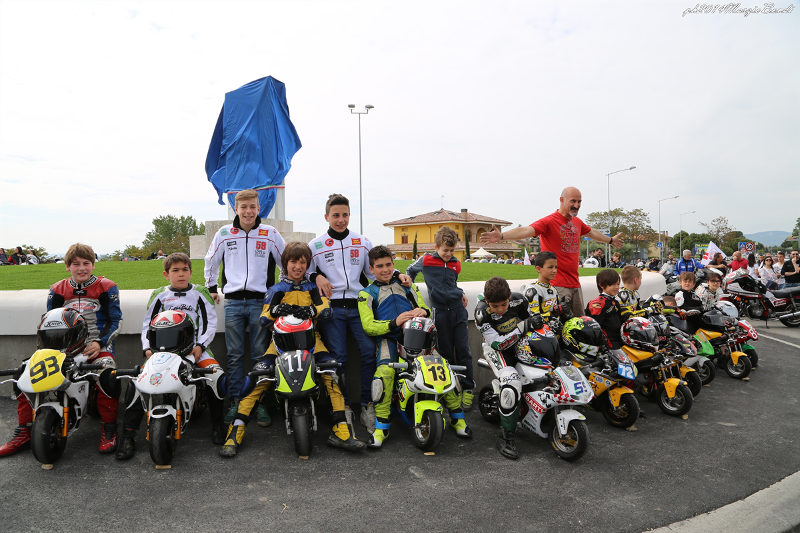 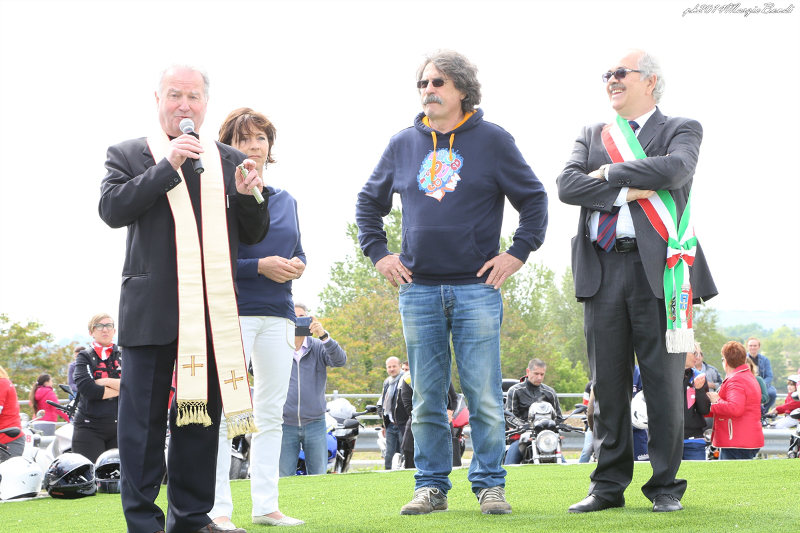 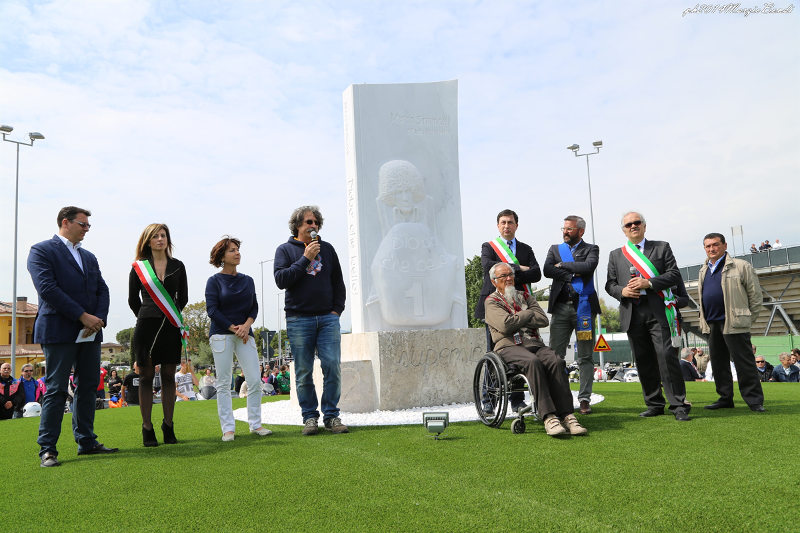 A laboratory dedicated to Marco Simoncelli. The hospital "Cervesi" of Cattolica (RN) has decided to celebrate the italian rider, dedicating a laboratory of biomechanics to Sic. At the ceremony , on 24th October 2012, were the parents of Marco , Father, Paolo Simoncelli and mum Rossella, as well as regional authority and the Catholic's mayor Piero Cecchini. Marco was born in the Cervesi hospital on 20 January 1987. 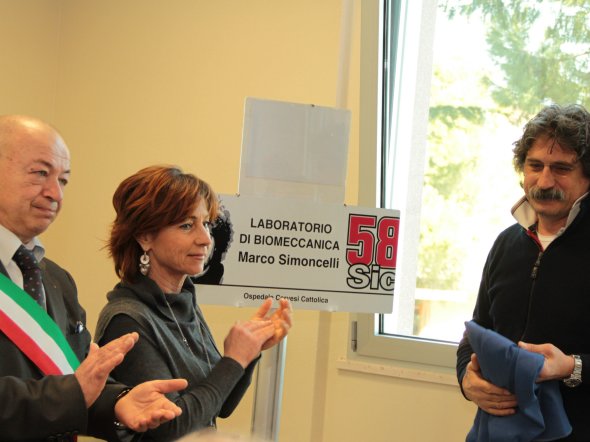 Sic in the hall of fame of the Motogp

The Unforgettable Sic has been inaugurated into the gallery of the Legends of Moto GP. The ceremony took place at Mugello, where Marco takes his place in the Hall of fame, reserved to the true legends of this sport, those of names of which nobody will ever forget. The last person to enter previous to Marco was Casey Stoner last year at Phillip Island; Simoncelli is the 21st rider to become a Motogp legend, adding to his compatriots Agostini and Ubbiali. 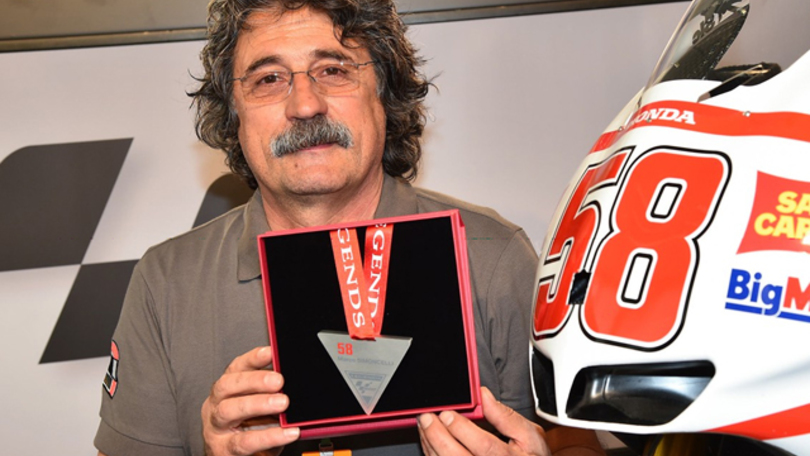 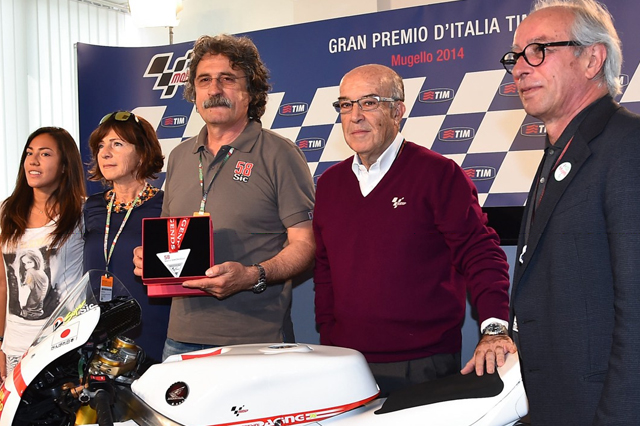 A PILLAR DEDICATED TO SIC

Pictures and articles of newspaper testify the affection for Marco. On 1st September 2013 was inaugurated a pillar intitolated to Marco at Passo della Cisa, an important destination for bikers. From there on , every 1st September they organize a motor-meeting in memory of Marco, it an occasion for the organizers to contribute to the foundation simoncelli. On Thursday, the 12th of May,  a primary school, with its headquarters in Via Vittorio Mezzogiorno Roma, has taken the name of “Marco Simoncelli’s primary school.”

“I had thought not to go because I was due to go Vallelunga circuit with sic58 racing team but I in my heart, I knew it was right to be there and this was the case. There was alot of emotions and it is something very touching and very beautiful” said Paolo Simoncelli , who participated in the inauguration ceremony. “We liked the idea that a primary school was entitled to Marco because despite his age he was always with a pure mind like a child.”

A big thank you to all of the staff for the wonderful organization of this initiative, which really is a very special one to us all at the Marco Simoncelli Foundation . 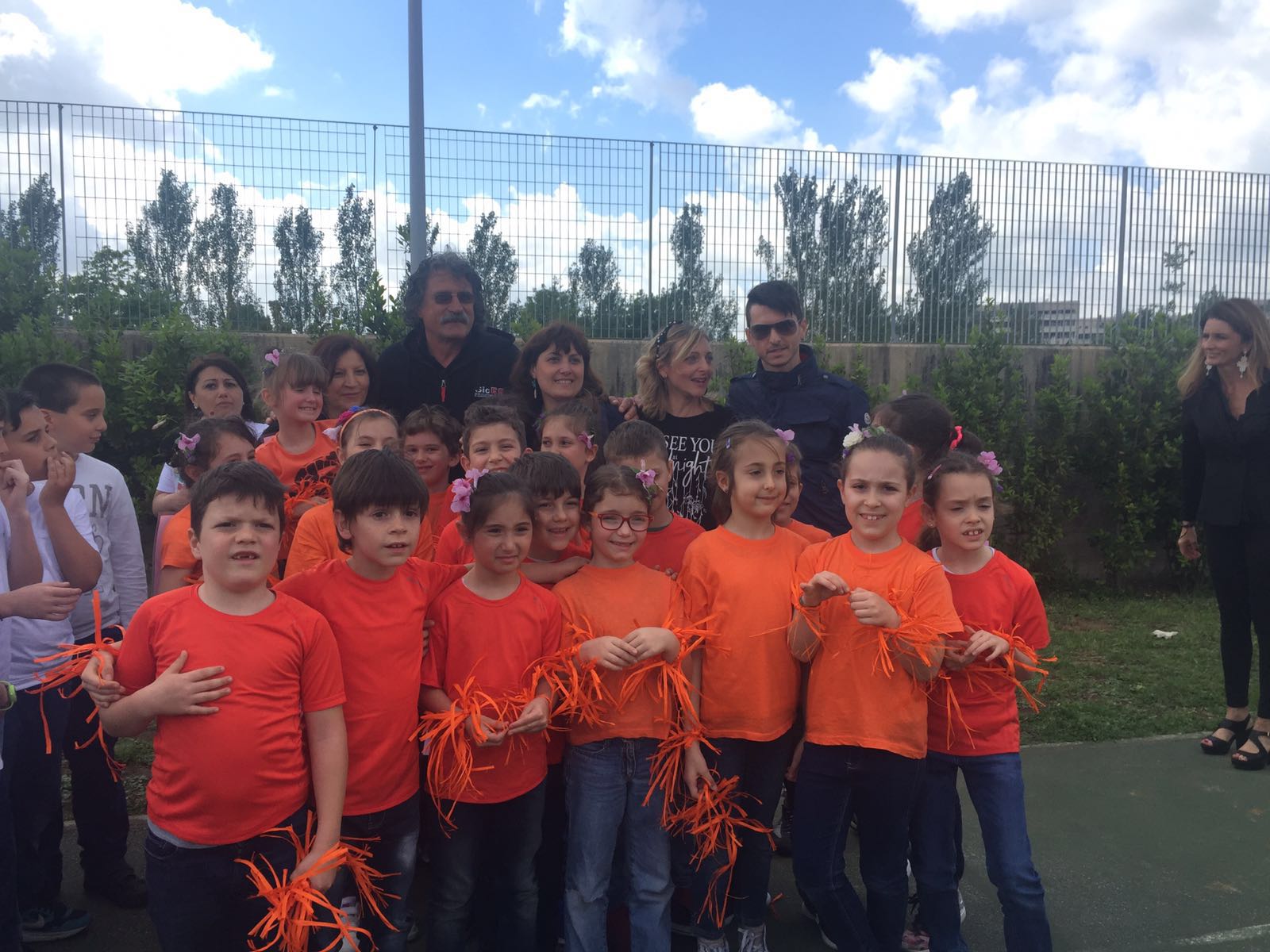 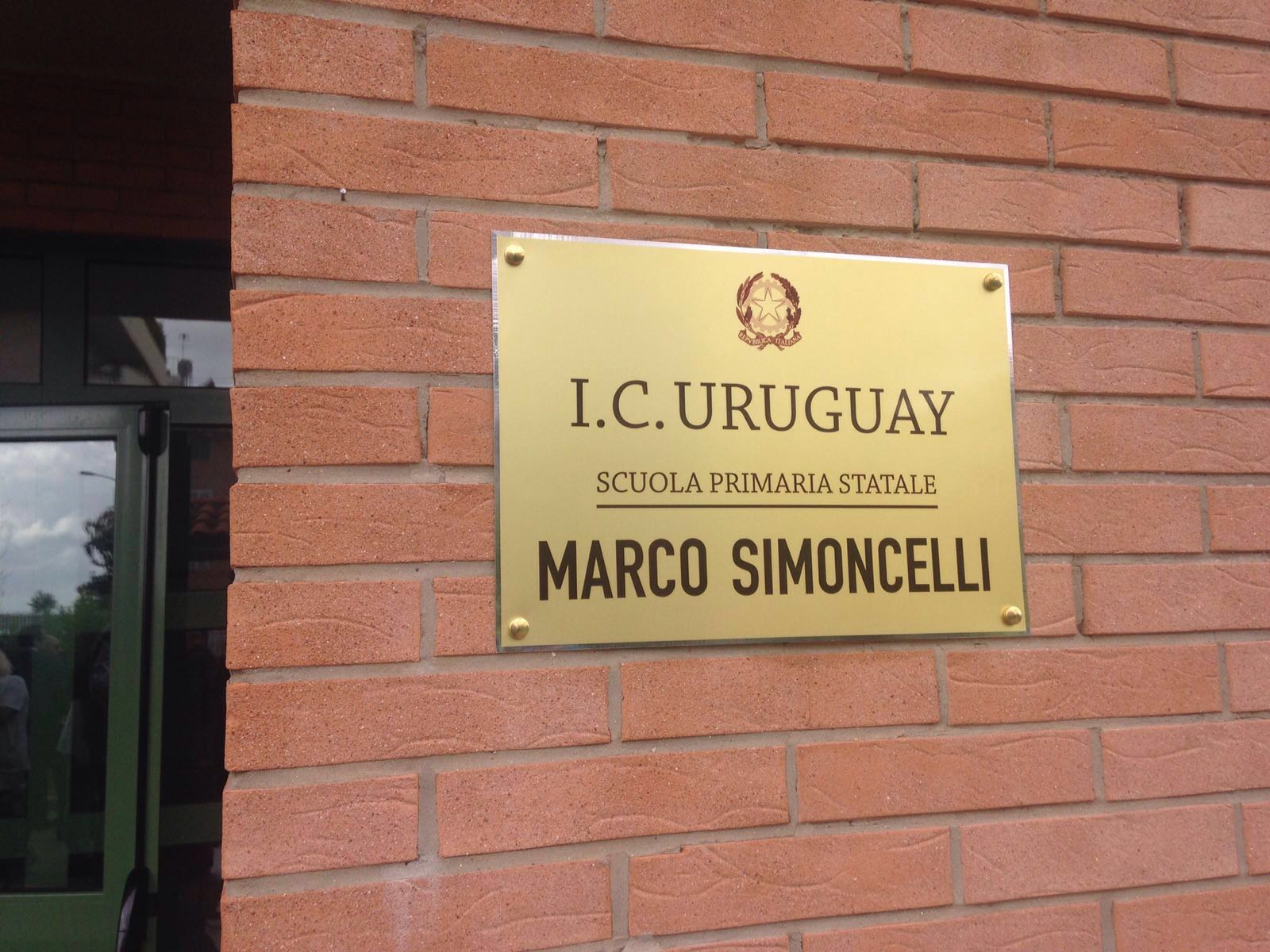